Podcast | The Fearless Podcast: Save & Accelerate with Self-Directed IRAs

END_OF_DOCUMENT_TOKEN_TO_BE_REPLACED

Guest presenter, Alan Cowgill, will show you how you can get the money you need to buy single-family houses, commercial buildings, apartment complexes, or luxury homes, regardless of your credit or financial situation!

END_OF_DOCUMENT_TOKEN_TO_BE_REPLACED

Advantages of Investing In Notes In Your IRA

END_OF_DOCUMENT_TOKEN_TO_BE_REPLACED

The Power of Partnering

Did you know that partnering your IRA funds to invest is one way you can acquire assets with limited funds?

What Can I Do With My Small IRA?

As the CEO of NuView Trust, I have the unique opportunity of speaking in front of scores of CPAs, attorneys, financial planners, real estate brokers and agents, as well as just plain investors, about the power and prohibitions of self-directed IRAs. One of the most common questions I get is, “I only have a small IRA, so what are my choices for self-direction and how could I get started?”

END_OF_DOCUMENT_TOKEN_TO_BE_REPLACED

Is it Still a Good Time to Lend on Fix & Flip Properties?

For several months there has been a steady drumbeat of news showing the housing market is slowing down and prices are softening.  For investors buying rental properties for long term cash flow, this is not a concern and may be a welcome development so they can buy properties at better prices.  However, the fix & flip strategy is impacted by lower prices.  If you’re loaning money to flippers, a decline in housing prices can be a concern.

END_OF_DOCUMENT_TOKEN_TO_BE_REPLACED 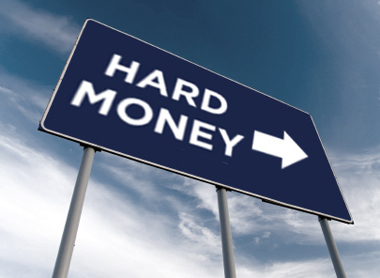 Often times, when I talk to a novice investor or even a somewhat experienced investor, I hear, “I want to do a flip or buy a rental but I don’t have enough cash in my IRA and the bank won’t finance me…”.

The easy solution to this common problem is ‘Hard Money’. The following response I often get is either ‘what is that’ or ‘I heard they charge insane rates and are too expensive! The truth is, Hard Money is not as bad as many people think.

I’ve closed at least 50% of my deals using Hard Money and every one of my buyers who’ve used it is satisfied with the strategy.

END_OF_DOCUMENT_TOKEN_TO_BE_REPLACED

Can IRA’s Get Married? NO…But… 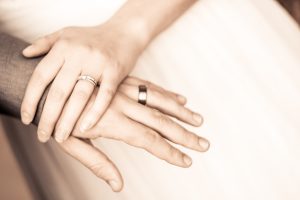 I Now Pronounce You Partners in Lending!  Ok, that really wasn’t what the pastor said on the day we got married but who knew 29 years ago that one day my wife’s IRA and my IRA would be able to partner with one another.

Our Roth IRAs have been lenders to a number of real estate investors and rehabbers looking to buy, renovate and sell properties.  There have been a number of occasions where we could fund the loan in one account or the other but there have been times when we were actually able to have our IRA’s partner be each owning an undivided interest in a first position note. END_OF_DOCUMENT_TOKEN_TO_BE_REPLACED

“The first month I saw the payments going into my NuView account I knew I had made the right decision. Several borrowers paid off the loans ahead of time. I just needed to see the money coming in to believe it.”

Our featured client of the month, Jim, had been investing in the 401K his company provided for him in the telecom sector since the early 90s. According to Jim, “The return wasn’t great but the employer matching was enticing.”

In 2013, he left the corporate world to go full-time into real estate and had a small amount of funds he wanted to rollover into something but was not sure of the best option. When his accountant suggested a self-directed IRA with NuView he was intrigued with the idea. Jim had never heard of a self-directed retirement account before then and took some time to research and consider this is an option. Jim’s accountant had several clients that were also clients of NuView Trust and she highly recommended NuView as the best self-directed IRA custodian to work with. In early 2014, Jim finally pulled the trigger and opened up an account with NuView Trust rolling his funds over to reap the benefits of self-direction.

END_OF_DOCUMENT_TOKEN_TO_BE_REPLACED

5 Tips for Private Lending to Fix and Flip Investors

When most people think about investing in real estate, being the lender rarely comes to mind.   It can be very attractive from a risk reward perspective with typical yields in the upper single digits to low double digits and without the same burden of owning real estate directly.   There are two primary ways to source private lending investments.  1. Direct to borrower 2. Partnering or investing with an existing lending company such as ours. I wanted to share five quick tips on what to look for and do if you intend to lend direct to a borrower to help better protect yourself and your investment. END_OF_DOCUMENT_TOKEN_TO_BE_REPLACED