Tom M., originally from Long Island, NY, has claimed Lake Mary, FL as his home since 2007. He has become a professional real estate investor where he serves his Central Florida clients in home buying and investing in the housing market.

Like many others, Tom was previously investing in traditional stocks, bonds and mutual funds. While his investments were still being managed, Tom was not satisfied with the results. After rolling over his 401K from a previous employer, investing it, and then watching all of his investments fall flat, he knew there had to be a more effective way to invest. Tom was unaware of the opportunities a self-directed IRA could open up for him.

“I think there’s a huge awareness problem in self-direction. If people were to just look into it further, it would sell itself. I remember hearing about self-directed IRAs in general and wanting to learn more, but it took a while for me to actually take the leap.”

END_OF_DOCUMENT_TOKEN_TO_BE_REPLACED

Traditionally owners of self-directed IRAs or Solo 401ks have invested in real estate using just the funds in their accounts (meaning, without any financing); and the type of real estate purchased by these investors has primarily been residential (meaning a 1-4 unit property:  a single-family residence, a duplex, a triplex, or a quad plex).  An alternative that should be given thoughtful consideration is investing in commercial real estate (meaning an office, warehouse, or retail building which can each be single tenant or multi-tenant, or an apartment building), and this can be done using financing, which should also be given thoughtful consideration.

END_OF_DOCUMENT_TOKEN_TO_BE_REPLACED 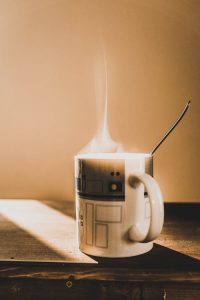 Our featured client of the month, Ms. N, is a Sales Rep residing in Jacksonville, Florida. She first learned about NuView and how self-directed IRAs work while networking at Jacksonville’s Real Estate Investor’s Association event. It was the right timing as she was seeking to invest in real estate and minimizing taxes through a self-directed account was very appealing.

Ms. N joined NuView Trust as a client two years ago and first invested in various stocks, however, she explained that her preferred method of investing is in real estate and has done 3 deals so far with her NuView self-directed IRA.

“I prefer real estate because I believe it is a more stable and reliable investment than stocks.  I have made $200K in profit so far from real estate.”

END_OF_DOCUMENT_TOKEN_TO_BE_REPLACED

It’s no secret that bonds have failed to deliver compelling yields in recent years. In many parts of the world, like Japan and Sweden, yields are now negative. Due to the shortage of viable options for risk-adjusted income in the public sector, global investors are being forced to consider all options to quell the need for yield. But yield is like fashion — eventually, if the Federal Reserve continues to raise interest rates as we have observed over the past year, it will come back around.

END_OF_DOCUMENT_TOKEN_TO_BE_REPLACED

Thank you to all who attended our first 2018 client event at Dubsdread Ballroom on the evening of March 21st! We had a huge turnout with lots of networking and great food from Dubsdread Catering. Thank you again for all of your support and we look forward to seeing you at all our future events! END_OF_DOCUMENT_TOKEN_TO_BE_REPLACED

Scott learned about self-directed IRAs from a Broker/Dealer he works with and was attracted to the tax management benefits that can be achieved when holding non-traditional assets in an IRA.

In 2008, Scott opened up an account with another Self-Directed IRA Custodian and made an investment as a limited partner in a real estate development project. He then heard about NuView Trust at a broker/dealer investor event where one of NuView’s Representatives spoke about our company and services offered.

Scott has since done 6 investment purchases via his NuView IRA account and says that “I prefer investing in limited partnerships because I believe that I can obtain a more favorable return on investment.  My accounts at NuView have outperformed the stock markets.”  In addition to limited partnerships, Scott uses his NuView IRA to invest in real estate and several other alternative assets. END_OF_DOCUMENT_TOKEN_TO_BE_REPLACED

Let’s take a look and see what actually happens behind the curtains.

In the case of a REIT (Real Estate Investment Trust) the market makers at Wall Street are between the investor and the deal and they take a healthy premium.

They typically take heavy fees and they often have a specific time-frame from when they enter the deal to when they exit. In this case they may sell into an unfavorable market.

Many investors invest in REIT’s, life insurance companies, pension plans or other large institution type funds. These funds typically invest in real estate, apartment buildings, self-storage and other assets very similar to the assets that are in a normal private placement. END_OF_DOCUMENT_TOKEN_TO_BE_REPLACED

Investing in Agriculture with your Self-Directed IRA

One of the many alternatives available for self-directed IRA investors is agriculture. Agriculture investments can help your retirement funds grow in two ways: First, a farm produces crops, and these crops generate income when sold. In addition, the value of the land may increase over time, resulting in tax-deferred capital gains. Investing in agriculture has become more popular in the past ten years. TIAA, a Fortune 100 financial services organization and the leading retirement investor for the academic community, owned no agricultural land in 2007. Today, they have more than $8 billion worth of farmland, including investments on behalf of itself and other institutional investors.

END_OF_DOCUMENT_TOKEN_TO_BE_REPLACED

Commercial Real Estate: How to Profit During Inflation

Uncertainty in the public markets continues to cause unrest among global and domestic investors, with inflation being one of the main economic theories circulating among financial analysts about the cause of the next market crash.

What exactly is inflation? The economic definition of inflation is “a general increase in prices and fall in the purchasing value of money.” In reality, this translates to ordinary expenses, like groceries or gas, are going to cost more — and in some instances much more than one is accustomed — without a relative increase in work related income.

Investing in “hard assets” such as gold or other precious metals, oil or other natural resources, and even art have historically been protective investment vehicles to both protect against inflation, and in some instances, turn a future profit. When an economic shift happens, investors seek alternative investments like commercial real estate to their traditional public stock, bond and cash portfolios.

END_OF_DOCUMENT_TOKEN_TO_BE_REPLACED

Client Success Story: How Tim Turned $88k into $400k with his NuView IRA

Our featured client of the month, Tim H., brings to us a unique story as he previously worked for an airline that was shut down. This was when he realized he needed to do more with the retirement funds he had accumulated in his 401K but was unable to take out the funds while working for the airline company. Tim saw our ads frequently and realized that this is what he needed to do to gain control. As soon as he started investing his self-directed IRA funds, his assets began to grow tremendously. Tim became a client of NuView 5 years ago with $88,000 which has since grown to $400,000 in assets! END_OF_DOCUMENT_TOKEN_TO_BE_REPLACED